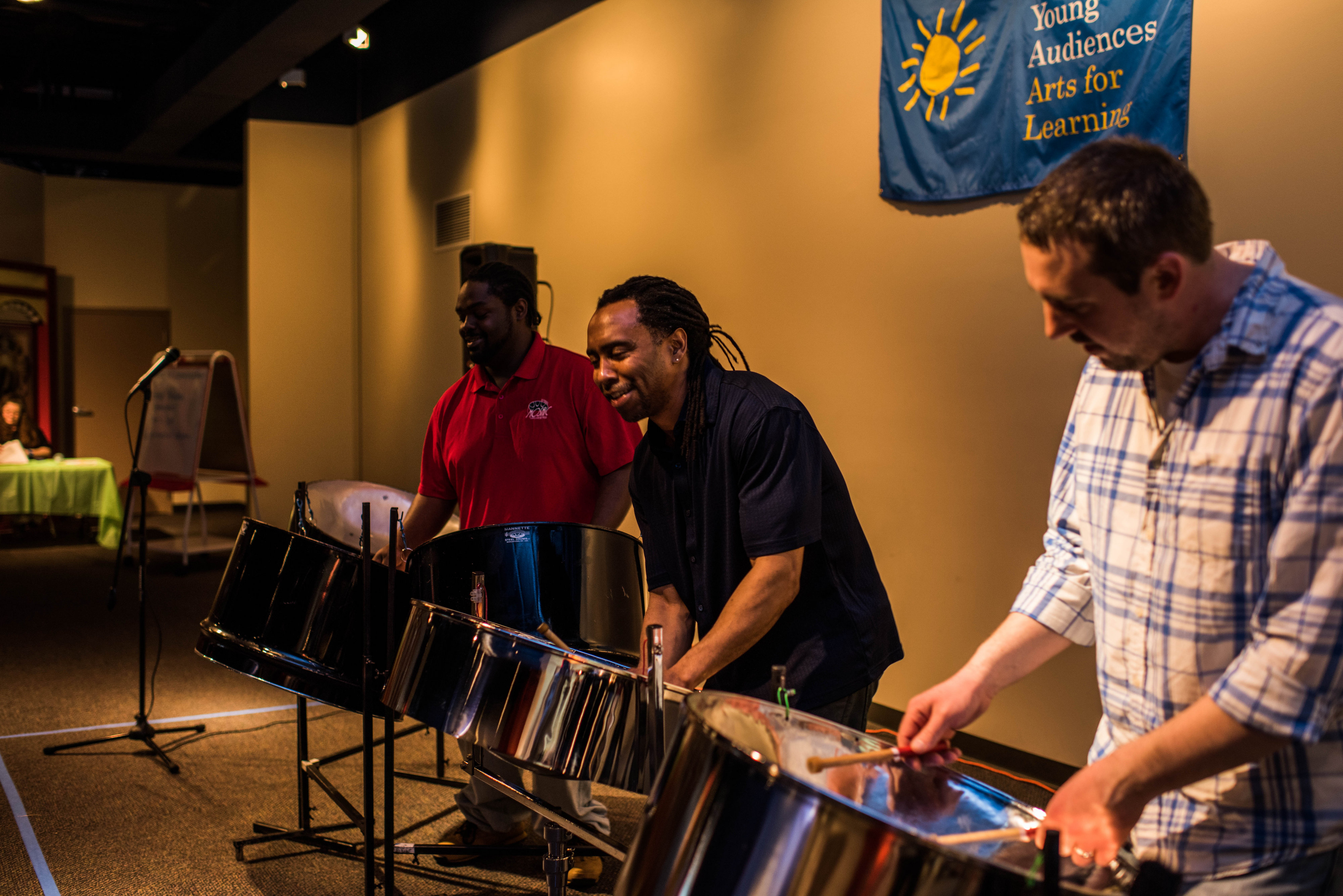 With a repertoire that demonstrates the versatility of the steelpan art form, Mosaic Steel Orchestra gave its debut performance in July 2007 and has since won national and international acclaim. The term “mosaic” represents the underlying concept of the ensemble as members represent a variety of ages, races, socioeconomic backgrounds, and cities of residence. The orchestra’s set list includes the soca and calypso styles associated with steelpan, but also features works from other musical genres: classical, jazz, Afro-Cuban, and American popular music, giving the group broad appeal. In 2015, Mosaic Steel Orchestra was named one of the top twenty steel bands in the world.

Steelpan Movement: From Outcast to Outstanding