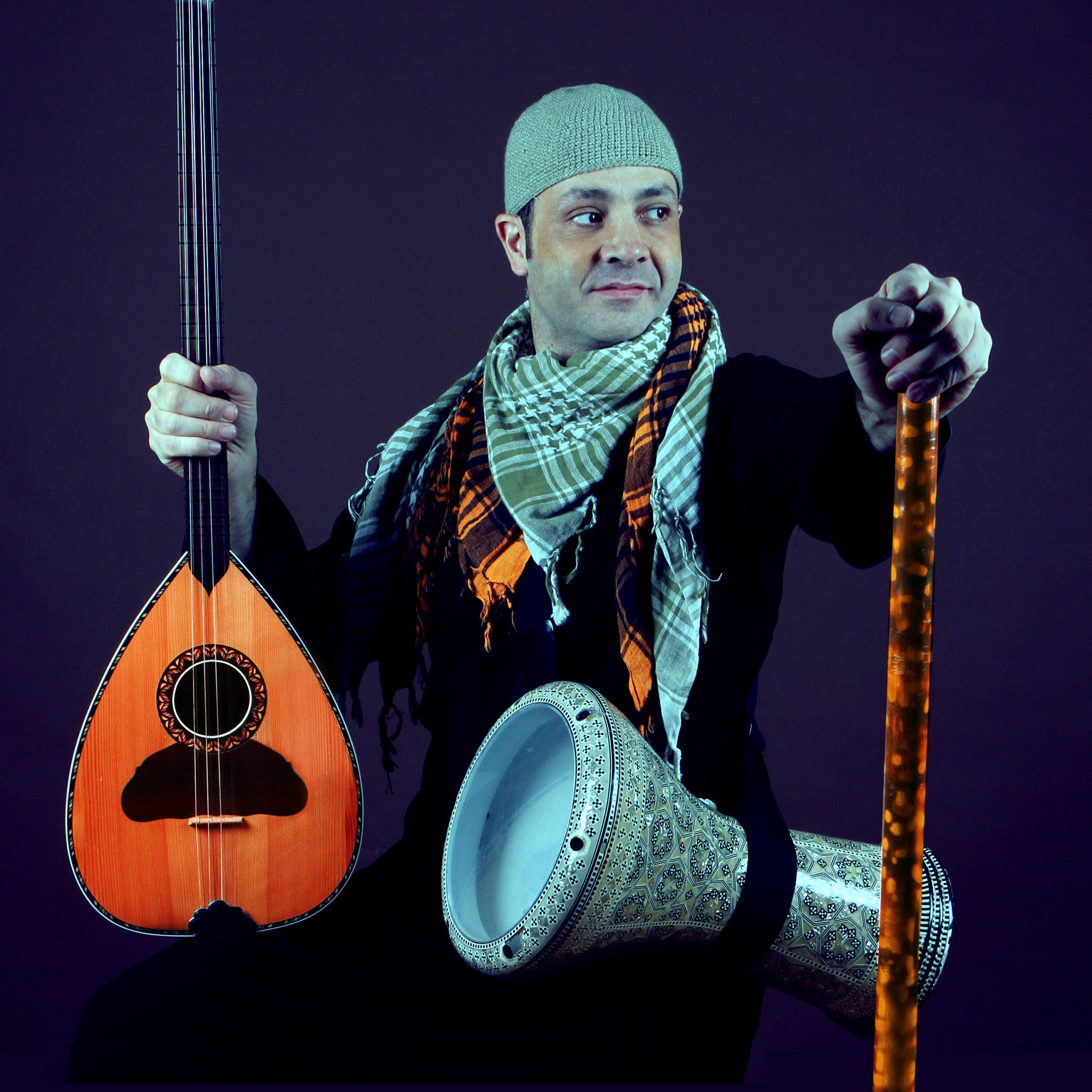 Karim Nagi is an Egyptian musician, dancer, and folklorist who specializes in traditional Arabic music. Since 1999, he has led the Sharq Arabic Music Ensemble, a group dedicated to preserving and presenting traditional Arabic vocal and instrumental music. Karim has performed at hundreds of school assemblies since 2001, after an initial invitation to talk about his culture to a group of students shortly after the 9/11 terrorist attacks.